How to Get Your Boyfriend Back -chatbg.com-:Tips to Try

Have you and your boyfriend broken up and you’re now regretting it immensely? Do you want him back but you’re unsure of how to go about it without running things forever or driving him away permanently? If so, there are ten vital things to remember and change to try about how to get your boyfriend back. From improving on your own personal insecurities, to avoiding any obsessive attitudes, to taking time apart for a while and finally, thinking about how to effectively meet up to rekindle things. Let’s take an in-depth look at how to get your boyfriend back.

Top Ten Tips for How to Get Your Boyfriend Back

Part of getting your boyfriend back is improving yourself and showcasing that. However, a large part of the strategy on how to win him back is also what not to do as much as it is what you should do. Be sure to take all ten into serious consideration!

One of the very last things you want to do is act or seem needy to your ex-boyfriend. This not only makes you look desperate, but it makes you look a tad bit unhinged. Furthermore, it’s a turn off to be a needy girlfriend, let alone being a needy ex-girlfriend.

So, avoid, at all costs, doing things like calling him excessively (or at all for that matter), messaging him in annoying ways or even doing little things, like liking his posts on social media. All of these actions look downright desperate and you’ll want to avoid them as much as possible.

Lastly, it will also come off needy to continue discussing and rehashing the breakup. After you’ve broken up, it’s important you understand that as final—at least for the time being. For a while, just let it be and let things simmer down. It’s not a good idea to strive for an excess amount of communication right away because it makes you seem needy.

Work on Your Own Personal Insecurities

Chances are, part of the breakup had to do with insecurities you both brought to the table. These insecurities can be anything from jealously, to being annoying overly affectionate, to insecure about your body or image. All of these are examples of things that drive couples apart.

If there is ever any chance of you getting back together with your boyfriend, these insecurities have to be dealt with and unfortunately, they’re not just things you magically grow out of over time. They have to be focused upon and worked on, actively, each and every day. So, it’s important you make it a point to work on yourself while you and your boyfriend are broken up.

When the time come to potentially meet up, discuss your relationship with your ex-boyfriend and the possibility of rekindling things, this will be a major discussion point. If you can show you’ve taken time to work on yourself and the potential issues that brought about the breakup in the first place, it makes you look much more desirable.

Don’t Act Out of Desperation

One of the worst things you can do while not only being broken up with your boyfriend but also while still wanting to get back together with him is to act desperate. Of course, this come in many different shades and sizes, but you’ll want to tread carefully when it comes to the reasons you’re interacting.

Things like reaching out multiple times a day with messages or calls is hands down, a terrible idea. This makes you look lonely and desperate. Moreover, reaching out for anything rather than something absolutely necessary (like settling up the last month’s rent or any financial issues) is downright unnecessary and comes off as desperate. Also, be careful not to reach out in any romantic feelings whatsoever, this too seems desperate.

Acting desperate is a total turn off and is sure to only drive him further and further away so be careful with your actions! That being said, if you do need some guilty pleasure to keep you busy, in the meantime, head over to ThisCrush! If you just need to let loose a little bit, so something different and meet people, it’s a great place to begin!

Part of breaking up is also realizing that people tend to move on, so if you happen to see or notice your ex-boyfriend dating, don’t freak out! It would not only come off as completely unacceptable but also extremely jealous and controlling to get angry or upset at your ex dating someone new. We’re not saying you can’t be jealous but what we are saying is that it would be highly unreasonable to act on such jealousy.

Acting out toward your ex because you’re jealous makes you looks, well, jealous, obviously, but also very immature, neither of which you want to be if you’re ever going to get him back. So, take a step back and relax, everything in good time.

Avoid Acting Out of Anger

Not only will it be impossible to take these things back, but it will also be difficult for your ex to forgive you for them. Forgiveness and wiping the slate clean will be one of the prerequisites of getting back together and these things will be difficult to do if you said terrible, hurtful things out of anger. It’s like the old saying goes: “what you say will come back to haunt you.” And it’s so true. What you say, especially during a break up, good or bad, won’t be forgotten!

Don’t Obsess Over Him

Getting obsessive is simply a no-no and something that just won’t help your situation at all. Of course, you know you want him back but while you’re broken up, you also have to go on living your life as best you can, not dwelling on what’s already been done. When you get obsessive, you also tend to get desperate, angry, bitter and jealous and those are the last things you want.

It’s also vital that if your ex happens to see you out and about, that you portray a picture of slowly moving on. No, you don’t want to throw anything in his face, but you do want to show that you’ve gone on living your life and moving past things. The last thing you want to reflect is that you’re still devastated and obsessed with him or the breakup. Therefore, find things to occupy your time and keep yourself busy as much as possible. This will greatly help curb any obsessing. 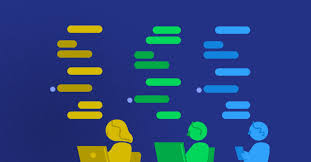